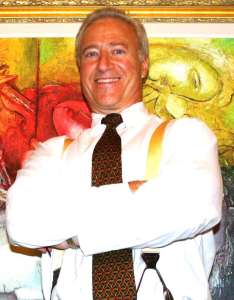 Spencer C. Young III built businesses on Wall Street that are today worth $ billions.  He founded the Commercial Mortgage Backed Securities (“CMBS”) business at JPMorgan, moving the bank from being a non-market participant to a #2 national ranking in Conduit CMBS.  At Morgan Stanley, he grew business five-fold, as Morgan Stanley rose from an “also ran” to a #1 global CMBS ranking, while also creating the innovative IQ® (“Institutional Quality”) security, as a quiet nod to his being a lifetime member of Mensa.

Over his distinguished investment banking career, he executed over $30 billion in financings and securitizations, while somehow managing to coach his three sons’ grade school teams in baseball, basketball and lacrosse, and serving as town basketball commissioner.  He also planned his vacations so he could accompany his sons at summer lacrosse camps, serving as a pro bono camp counselor.

His sons, Michael, Kevin and Ryan Young (respectively pictured below from left to right), later went on to become one of the most successful groups of brothers in NCAA sports history, appearing in 8 NCAA Final Fours, and winning 6 Atlantic Coast Conference (ACC) titles and one national title.  His son Ryan was a star on Team USA which won the Gold Medal at the 2008 World Games, and became a 3-time collegiate All-American and team captain for the University of Maryland.  Michael was an All-ACC Scholar-Athlete at Duke University, and Kevin also played for Duke and is the one with a national title.

Mr. Young’s wife of 24 years, Maria, passed away in April 2011, succumbing to pancreatic cancer, brought on by the overwhelming chronic stress of MorganStanleyGate — evidenced in part by there being no family history for this disease.  Her demonstrated courage in battling this dreaded illness and eventual passing was covered by ESPN, Fox Sports and CBS Sports throughout the Spring of that year (video montage is accessible below).

Additionally, because of Morgan Stanley’s notorious and often diabolically employed “divide and conquer” strategy, his sons were duped into estranging themselves from a father who loves them dearly, and he hopes the truth contained within this Trilogy will enable a long overdue healing process to begin, while spurring others to unite toward changing the rigged systems of oppression that made MorganStanleyGate possible.  He currently resides in Tarpon Springs, Florida.