How The M.I.T. Social Networking Model Was Born

This model resulted from the efforts of a post-doctoral research team from M.I.T.  who participated in a  contest sponsored by the U.S. Pentagon.  The objective of this contest was to find ten red balloons located throughout the continental United States.
While this may viscerally appear to be a frivolous endeavor, its underlying purpose carried great significance, and the serendipitous success realized from this event was covered in a Colbert Report interview with a member of the M.I.T. team, Dr. Riley Crane, which was obviously originally broadcast before May 2, 2011.  The link to the video interview is reflected here: http://www.cc.com/video-clips/r8x6ag/the-colbert-report-riley-crane .
.

Although touched on in the above interview, it’s appropriate to underscore the history behind what instigated this contest.  In 1969, the research arm of the United States Dept. of Defense, known as DARPA (the Defense Advanced Research Projects Agency), created the technical core of what is the Internet of today.

To celebrate the 40th anniversary of this seminal achievement, DARPA sponsored a contest challenge in December 2009 to determine how quickly a populace could be mobilized through use of social networks to solve a problem of national scope.

In sponsoring this contest, DARPA was interested in exploring the roles the Internet and social-networking can play in solving challenging time-sensitive problems through:
A cash prize of $40,000 was to be awarded to the first to find 10 red weather balloons, each visible from nearby roads, and randomly placed at undisclosed locations throughout the United States.
.
Over 4,000 teams from around the world participated, and a six-member post-doctoral research team at the Massachusetts Institute of Technology (the “MIT Team“) won the contest by finding the 10 red balloons in just . . .
. 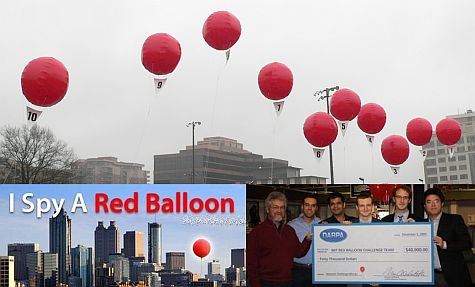 The MIT Team’s successful social networking experiment demonstrated how their incentives methodology using social networks (e.g., Facebook and Twitter) could be used for effective  problem-solving applications, most notably thorny problems that require thinking “outside the box” and pulling together many “pieces of the puzzle“.  The resultant methodology does so because it . . .
.
Encourages Sharing Information
so those with
Relevant Knowledge
can be quickly
Identified and Engaged
to
Resolve Time-Critical Problems
by
Offering Incentives
to
Reward Those Who Help
.
And this methodology and outside the box thinking has the potential to mobilize the masses to effect meaningful change toward dismantling the rigged systems of oppression that exist today.  How this is being adapted will be detailed in Volume 3 of this Trilogy.
. 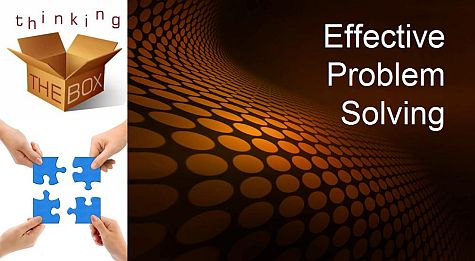